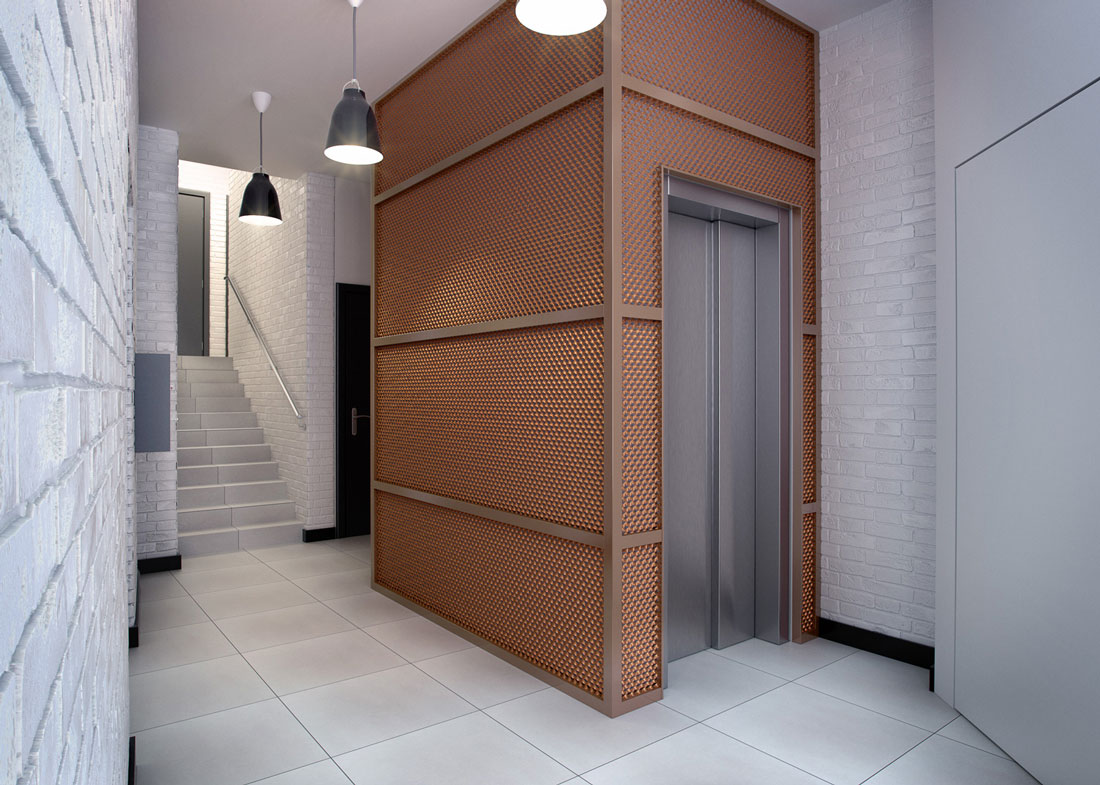 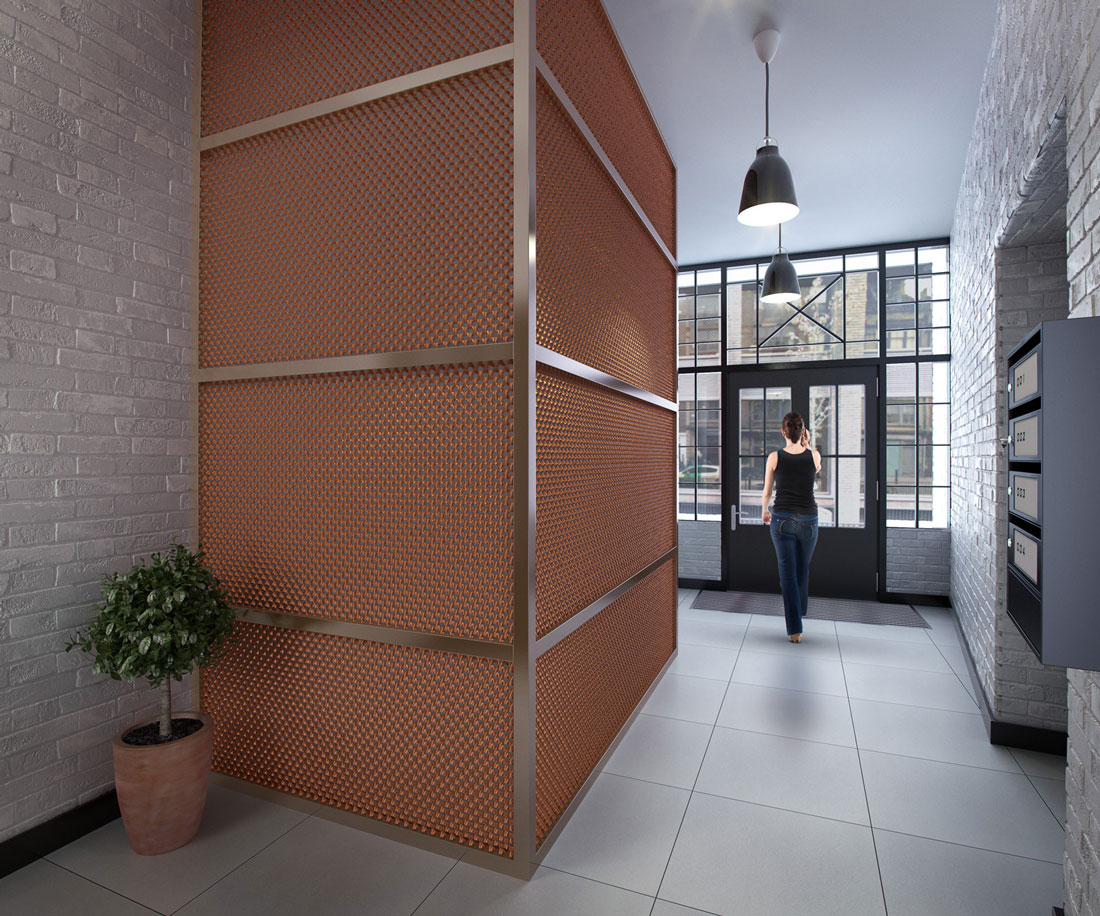 The mesh around the lift core was generated using Itoosoft’s RailClone. Where previously we may have used a displacement map to generate the texture Railclone offered us the opportunity to create a cleaner more efficient mesh that rendered a lot quicker. The Brick work we used VizPark’s ‘Wall and Tiles’ plugin with displacement that allows for a non-repeating texture across the brick walls.