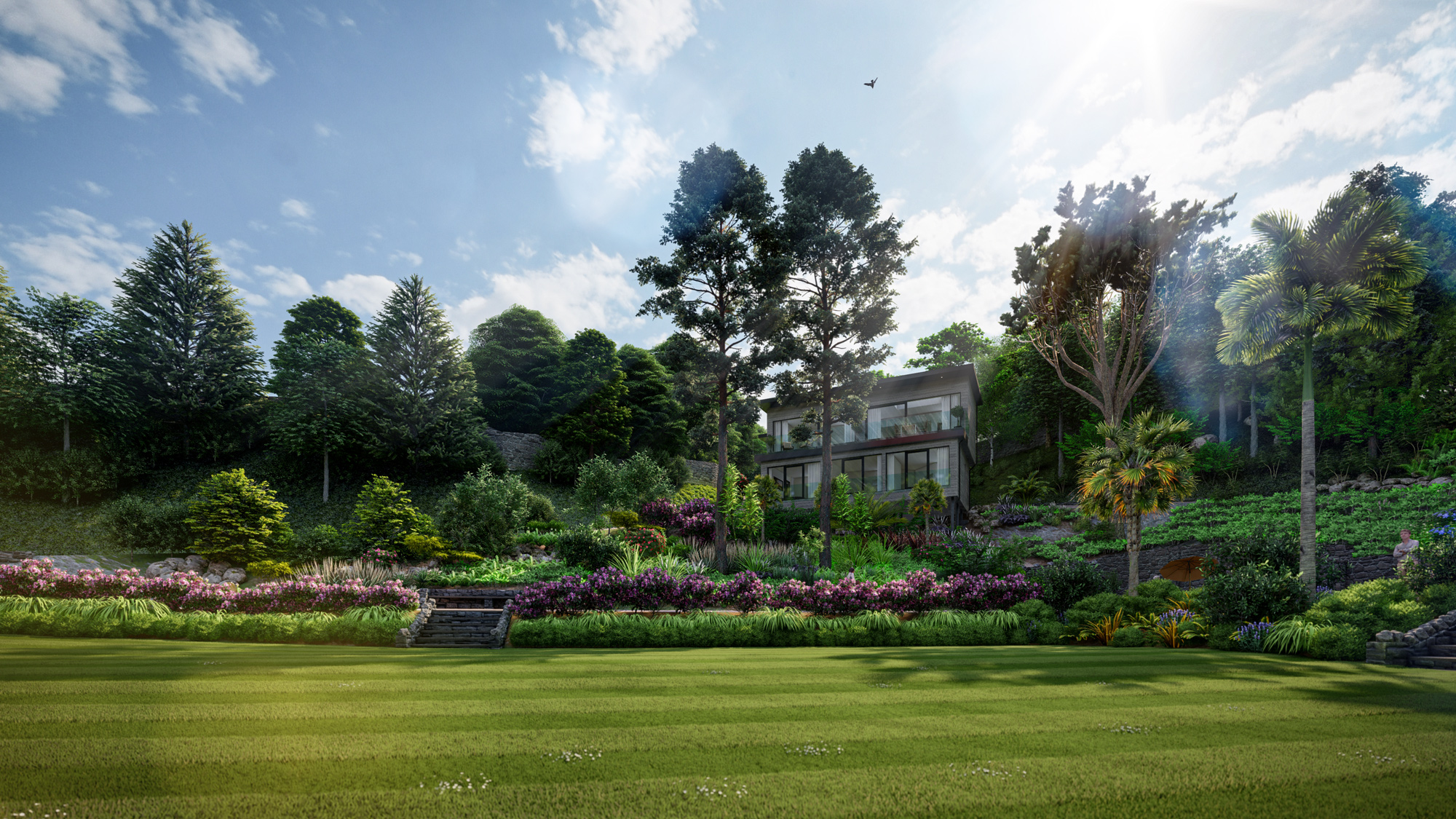 This weeks #TBThursday we take a look back the Dingle Caswell, Swansea.

A project we worked on back in March 2019 for a private client. The project was different because the garden was the star of the show and something that we had to accurately re-create.

An extract from the agents notes:

You simply will not find another spot as spectacular as The Dingle. This secret garden is situated waterside, only a 5 minute walk from Caswell Bay beach, Langland Golf Course and surrounds you with the most enchanting visions of mature horticultural specimens, sounds of nature and is perfectly private. You will feel as though you have been transported to another land. Completely solitary and picture perfect.

‘The Secret Garden’ is well known in the horticultural and local historical world having acquired awards for the beautiful garden, and, is registered proudly as a Historical Garden of Wales by CADW.

Measuring an impressive 1.145 acres (0.464ha) it has had various uses during its existence. Initially as a picturesque garden in 1925, with a cottage which was home to the gardener and his family, another use was as a tennis lawn for Summerland House (no longer in existence), which sat above The Dingle, and it was an Officers’ Mess for the American Army during the 1940’s.

Today, the garden is a much loved and cared for by the owners, who in the past have selflessly opened it up to various charities for functions and has even been a backdrop to a wedding photo shoot. They worked tirelessly from 2006 to restore the grounds to what it is today, from essentially an overgrown neglected jungle.