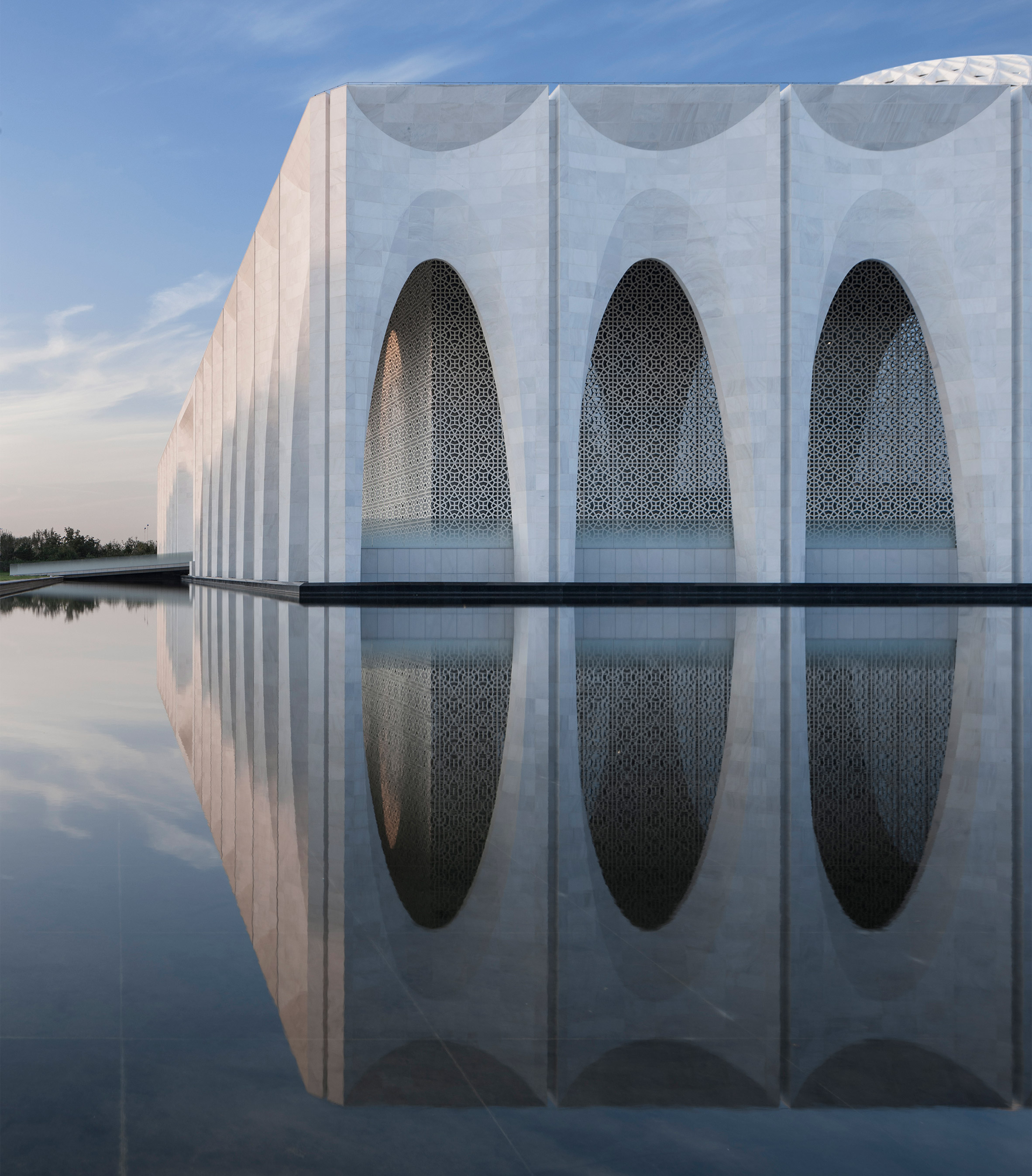 A colonnade of petal-shaped arches creates an illuminated walkway around the perimeter of this Muslim cultural centre designed by Chinese architect He Jingtang.

The Dachang Muslim Cultural Center was commissioned by the local government for the Muslim community of Dachang County, which is located to the east of Beijing in China’s Hebei Province.